ENJOY AN OPPORTUNITY TO TRAIN WITH THE COACH OF NHL SUPERSTARS! COME TO THE FRANCOIS ALLAIRE GOALIE CAMP 2023 IN MELNIK!

JURGEN PENKER - BRILLIANT GOALIE COACH AND MEMBER OF FLORIDA PANTHERS organisation will be also the coach of whole camp !!!

Thanks to the contacts of SporstsEvents we can offer to you a unique possibility: you can be a member of goalie training camp with the highly regarded NHL expert Francois Allaire! This legendary coach with 30 years of experience from the best league in the world, who continues with his rich NHL career in Florida PANTHERS, and has cooperated with SportsEvents for the last 11 years. He will continue this tradition in the summer 2023 with the 11th year of FA NHL GOALIE CAMP, the only camp in the world he currently runs.

We are proud and pleased, that Francois choose to run the camp in the Czech Republic with SportsEvents and will run his tenth camp here, still for the exclusive price of €. The camp in Beroun is open for goalies from the age of 10, and is open to women, adult amateurs, professionals from the top men’s leagues, and juniors.

Francois Allaire leads all the practices himself from the start to the end of the camp. Enjoy the benefits of a coach like Francoise, who knows what it is like to work with the NHL stars and perfect your skills just like Roman WILL, who was also a participant of FA CAMP and went on to appear in the NHL.

THE NUMBER OF PARTICIPANTS OF ONE GROUP IS LIMITED TO 24, SO DON´T HESITATE TO APPLY.

Who is Francois Allaire 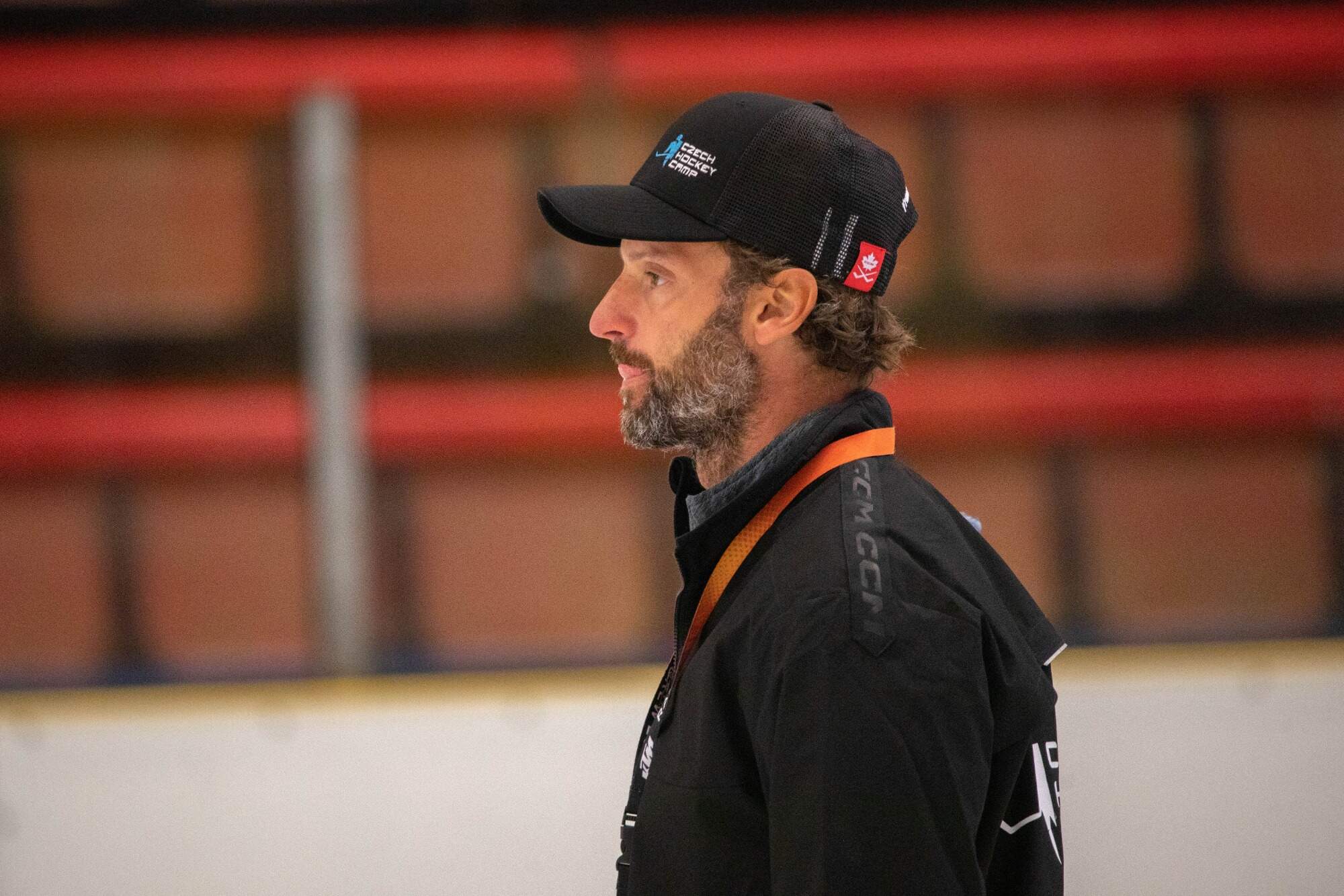 One of the most successful NHL goalie coaches in the last 30 years.

He played a key part in the careers of stars such as Tomas VOKOUN, World champion 2010, Patrick ROY holder of Conn Smythe Trophy for most valuable player of playoffs and Roberto LUONGO double Olympic and World Champion as well as many more. The full list of his famous students would be extensive. He won two Stanley cups with CANADIENS and one with MIGHTY DUCKS.

He has developed his own 5S- system of practices, where he teaches goalies how to better understand game situations and helps them to make the right decisions by following his proven principals. He has not only worked in the Czech Republic, Canada and the U.S.A., but also in Sweden, Switzerland, France, Italy, and Japan…… Alongside his successful NHL career, he has also worked as an individual coach for professional goalies from NHL and other top leagues around the world.

Allaire has published 4 books about goalies, summer physical training and sport psychology. The hockey specific magazine The Hockey News put him among 100 the most influential personalities in the world hockey. He will be inducted to the Hockey Hall of Fame in Toronto as the first goalie coach in the sports‘history.

What you will experience each day... 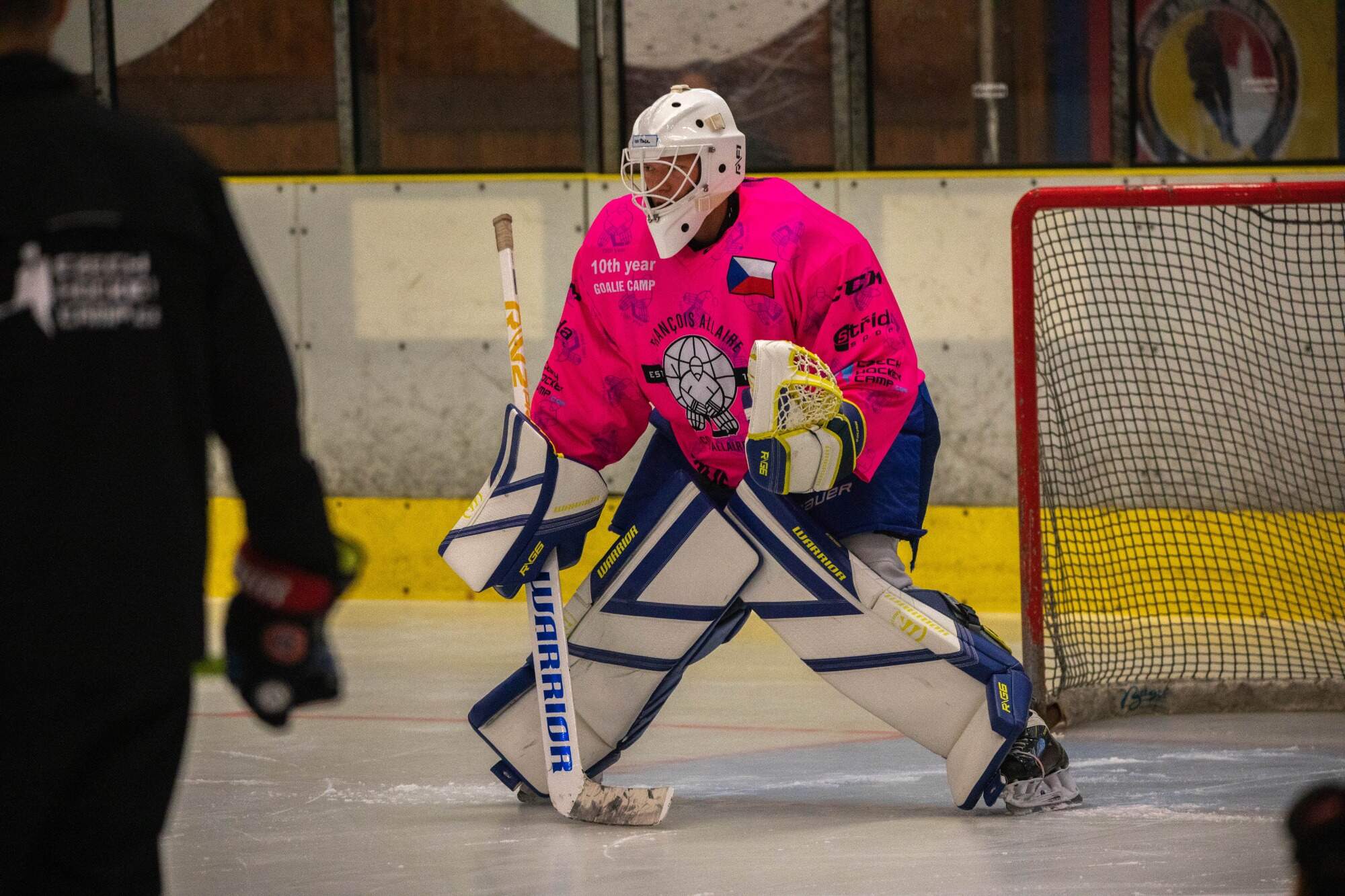 The participants are divided to groups of no more than 24 goalies on the ice.  2-4 goalies work on one net, always under the supervision of an assistant coach.

You have two 75 minutes ice practices on ice every day and one regeneration practice off-ice (the main philosophy of the camp is: to be fresh and ready for the very intensive practice on the ice).

You will also one video session every day, which is lead also by Francois Allaire himself.

30 YEARS EXPÉRIENCE AS A NHL GOALIE COACH. JUST FOR YOU.